IF YOU WANNA SHOOT...SHOOT! DON'T TALK!

One major thing that most young and/or new filmmakers complain about is financing. They never seem to be able to lay hands on the right kind of money that will enable them make that film...that masterpiece. It can be very discouraging and several people have gone to their graves with their scripts that never got made because they could not get those projects bankrolled. Some never even got to make one single film. They never got the chance to make that ‘big” film.

As a young man growing up in Lagos, I saw countless movies and had several ideas as I metamorphosed into a writer/director. I saw movies like Terminator, Robocop, Jurassic Park, Seven Brides for Seven Brothers, Never Ending Story and all sorts of dreams, visions and ideas filled my head. I could picture myself at the premieres of my films in Hollywood with actors like Robert Dinero telling the press how excited he was when he heard he was going to make a film with me. Hey, its good to dream. Like I always say, dream big because to dream is absolutely free! But at some point I had to wake up and realize that they were what they were...dreams. To achieve them, I would have to work hard. I went on to write some amazing scripts with extreme gun fight sequences, car chases, aliens, space ships and … well, things in my dreams. Writing is one thing, filming is another. None of those my scripts have been made, at least not yet. It’s been almost 20 years since I wrote some of them...they are still there. I could have ended my dreams of being a great filmmaker touring the world but I discovered something very early in my career and that is why I am where I am today. 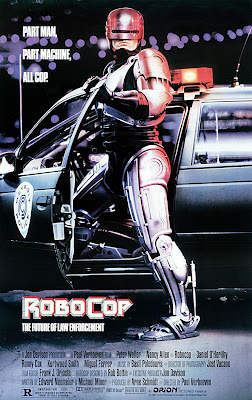 I figured out that I was unknown to anyone as a filmmaker, even to my family so why would anyone give me money to make a film. People knew I was a serious musician that could play over 9 musical instruments so they probably would have invested in my career as a musician. But for films...no way! I had never done any work before that time to show my abilities (at least the one I believed I had) as a filmmaker. All I could do was talk to people and talk without substance (which is your experience in that field of work) would never amount to anything. I clearly could not physically afford the millions of Naira required to make those films but I was hell bent on being a filmmaker.

I looked around me and found the simple elements that I could get for free without having to pay a dime. I grew up in a mechanic village in the Surulere area of Lagos State, Nigeria so I had access to lots of abandoned cars and metal scrap that I could mess around with.  At least they had been lying down there unused for years. I had access to my brother in-law’s Sony Hi-8 camera with a few tapes I could re-use. All I had to do was point, press record and bingo! I had a few cousins and a brother that were willing to act free of charge just for the heck of it. I had a bass guitar that I could get from my church for free because I was the church bass player. My mum was a caterer and this meant lots of pots, cooking utensils and coolers at my disposal. Wow! Great props! So, with the abandoned cars, the camera, the bass guitar, tons of pots & coolers and free actors...i decided to write a short film about a skilled but poor bass player who lived in an abandoned car. His fortune turned when he helped an old lady and she gave him a magic cooler such that whenever he played the bass, the cooler would be filled with food at all times and the food was so good that people came from everywhere to buy it. He was okay till he started getting caught up in his success then he got drunk and he broke the cooler. After that, he went back to being poor. End of Story.

Now this was not supposed to be a Box Office hit but at least I could try out all the great shots I had in my head and experience how it felt to be on a movie set. The good part was that I did not need anyone breathing fire down my throat for production deadlines. Neither did I have investors bugging me to know how much we would make from the movie. All I wanted was to have my name on a production that said directed by Daniel Ademinokan that I could show to anyone after introducing myself as a filmmaker.  That was the ultimate plan. I knew I didn’t have lights to shoot so I decided to write all my scenes as exteriors and day scenes. I also decided to make the film as short as 10 minutes. For a first time filmmaker, nobody was going to sit for 2 hours to see my film then decide if I was good enough as a filmmaker. Well, I knew I was not going to do that if I were in the person’s shoes because there definitely wouldn’t be a Ramsey Nouah or a Genevieve Nnaji in the movie. So with ‘highly’ unknown actors (like my cousin and brother), I had to make my point in the movie as quickly as possible. A short script with a sharp introduction was the key. I will deal with the concept of script writing and structure in subsequent articles.

I finally shot the film in the crudest and most sincere way that I could. I begged my friend who was an editor to help me cut the film and he did the best he could to save a desperate filmmaker like me. For those of you who are wondering what the title of the movie is and where you can find it...I never gave it a title, you will NEVER see it anywhere because it is the most horrible movie I have ever done in my life. Probably in the history of the Nigerian Movie industry...you may never know. 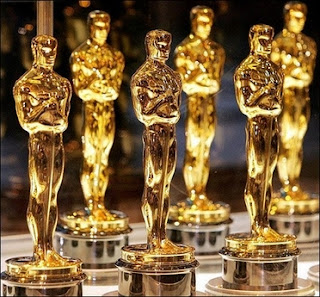 If the movie was so bad, why did I bother to write all this long talk about the process and blah blah blah? I learnt several lessons while making that short film. I was excited to wake up everyday to film even when it seemed that my cast and I had no clue what we were doing. I was very focused and was willing to experiment with different angles and options while filming. I didn’t have to ask from any studio executive or producer’s permission to include certain elements or alter my story. I quickly realized the need to plan properly before starting a production. I learnt quickly how to deal with and manage actors who were doing you a favour. You can learn a lot of things from books and the class room but in this business of filmmaking, nothing comes close to getting your hands dirty and doing the “actual work”. Practical stuff, getting the gear, casting, schedules, quick decisions on your feet, telling the story and watching it come to life...that’s the ultimate high in this business. Some will argue that making the money is the ultimate high...no problem. Chase the money first and that will probably be the ONLY time you will lay hands on it. Focus on your craft...and the money will chase you around! Above it all...i had on the movie “Directed By Daniel Ademinokan”. Although only my family and a few friends got to see it, it gave me the drive to keep pushing; knowing that one day I would be at the oscars. 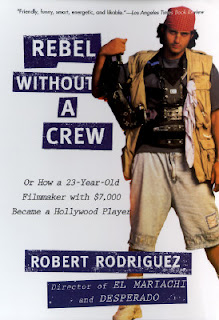 I have gone on to film all over the world with all kinds of people and I have enjoyed an amazing, yet rising career as a filmmaker. I have won awards locally and internationally with my films showing in festivals on different continents. I did not need anything special to jump-start my career. I had ME, MY DREAMS, ZEAL TO SUCCEED and that was good enough. Do not let any circumstance or people discourage you. Let them laugh at you; one day they will come and celebrate with you and start to “form familiarity”.

A few years after I made that “first” film, I went on to film school and came in contact with Robert Rodriguez who directed the movie "DESPERADOS" that starred Antonio Banderas. He was a guest lecturer at my school and he shared his story with us. Shockingly, it was not so different from mine! He made his break out movie “EL-MARIACHI” at the age of 23 and his story was exactly the same as mine. He even wrote a journaL about his experience making the movie in his book “REBEL WITHOUT A CREW”. This further solidified my concept of taking the bull by the horn...no excuses...no procrastination.

Stop giving excuses on why you have not done the film you want to do. All the time you spend complaining to your friends and convincing potential investors...especially for first time filmmakers, write a short film, grab a camera and get out there to shoot something. Don’t wait till you go to film school. Don’t wait to do that BIG project or else, you will end up just as a dreamer.

Posted by Daniel Ademinokan at 07:58