AUDITIONING IS NOT ACTING! 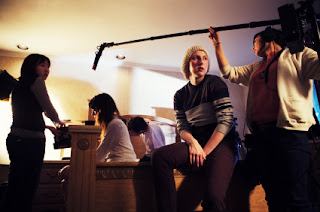 Based on my years of experience as a filmmaker, I look forward to sharing my thoughts and opinions with you in hopes that they will give you some perspective on “this thing we do”. I am so sure that people who have worked closely with me in the past have heard me say a million times that “I HATE AUDITIONS”. As a movie producer and director, I have had the privilege of siting through countless auditions and seen quite a number of hopefuls walk through the door. Some of those hopefuls have turned out to be super stars today while some are still struggling. One factor that changed the destiny of some forever...their performance at the auditions that got them the roles that brought them fame and fortune.


What a lot of actors fail to realize that auditions are different from acting itself. I truly believe auditioning is a separate animal from acting. Acting is what you get to do once you get the part. Auditioning is something else entirely. 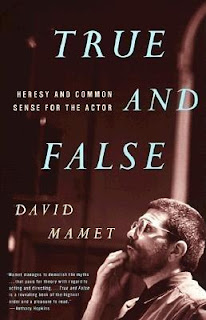 David Mamet, in his book “True and False: Heresy and Common Sense For The Actor,” writes, “Teachers of audition techniques counsel actors to consider the audition itself as the performance, and to gear all one’s hopes and aspirations not toward the actual practice of one’s craft (which takes place in front of an audience or a camera), but towards the possibility of appealing to some “functionary” (that’s the casting director, director, producer, executive producer or whoever else is at the table during the audition).

I totally agree with this principle, except for where he refers to me and my colleagues as “functionary”. If you enter an audition thinking of it more as a first rehearsal than as an opening night performance in a stage play or the first day of filming, you will be doing yourself a much greater service.


I have seen actors walk into the audition room feeling very confident they will get the part probably because of how good they look or how fluent their spoken english is. I met a girl who swore to her colleagues that she was so sure she would get the part because she was light skinned. Really?! They don’t really put any effort into auditioning to get the part. Instead, they prepare more for how to act in the movie after they have gotten the part. Hello! You need to GET IT before you can USE IT...right? Some people, however, try too hard thus failing woefully at auditions. I have had times where we turned down good actors that we didn’t know how good they were because of how badly they performed at the auditions. A good example is one of the ladies who played lead character in the popular MNET series, TINSEL. In 2007, she attended my audition for a TV series I was about to film for a very popular producer in Nigeria. She was so nervous during the audition that it was very obvious even in her shaky voice and sweaty nose. She had the look for the lead role but could not just get it because of her failure at the auditions. A couple of years down the line, I saw her on TV playing one of the lead roles in TINSEL. She was just stunning. Yes she had potentials but she was a nervous wreck at the auditions. 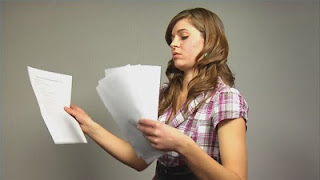 I believe that this actress failed because she saw it as AN AUDITION. “Nailing it” in an audition is virtually impossible. The sooner you let go of that insurmountable responsibility, the better. Doing your absolute best is the most you can ever hope for. There are no newspaper, TV or film critics in the room reviewing your performance. I have no doubt that there are those in my position who believe the complete opposite and I would be happy to debate them vigorously.


Regardless, the casting director really only wants one thing; for you to do well! We are always on your side. We want you to get the part. Sadly, auditioning is something that cannot be taught. No amount of training can fully prepare an actor for the experience of auditioning. It is impossible to know what really feels like to enter that room until you actually enter the room. If you audition only rarely, each time will feel like it’s a do-or-die, make-or-break, life-or-death situation. Under these kinds of conditions, it’s no wonder that actors become so undone!

The only way to get better at it is to do it as much as often as humanly possible. Do short films, low budget films, cheap plays, web series, home made videos, use your smart phone to film a scene of yourself, do table readings, workshops. Whatever! The more you do, the easier it gets. You become “desensitized” to the process and it truly becomes something you look forward to doing rather than dreading. I believe that this TINSEL actress did quite a number of auditions after mine before she went for the audition for TINSEL. Practice makes perfect. The more you do it the better you get at it. So increase your work hours, either professionally or unprofessionally. Imagine how much fun auditions will be if they are not fraught with the anxiety that often comes with them.
So remember, when next you walk into an audition room, it is your springboard to super stardom and not a date with the Devil himself.

Posted by Daniel Ademinokan at 08:41